Tokyo Hosto is a comedic visual novel where you get to play as a young attractive male named Jayson Traysh. Jason didn't do well in school, he is very lazy, not very skilled at most things, and his parents are pressuring him into getting a job. The only thing that Jayson is any good at is hitting on girls, so he decides to get a job at a host bar to where his skills will come in handy. Jayson ends up working at a host club where his boss, "Homo" Toby Lau (Homo doesn't mean what you think it does in this case), decides to put Jayson through some very tough trails to try to turn him into his number one host and make good ol' "Homo" Lau some money. (Click on "Read More" to read the full review). 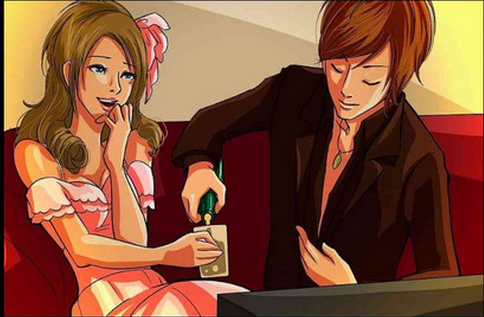 The story in this game is purely intended to be an offensive immature gross-out comedy much like, Deuce Bigalow: European Gigolo (2005), and not a clever comedy like, Deuce Bigalow: Male Gigolo (1999), despite that, I found the story to be funny and entertaining. The plot is very thin though as all it is about it to purely make your boss and customers happy, so you won't see much fleshing out of anything here.  The writing is also very juvenile and is full of dumb dialogue, however I found it to be so bad that it was very funny as you will wet your pants with laughter. The same reason to why I liked the story will be the same reason that will lead people away as the humor's very hit or miss depending on the style of comedy you enjoy. The characters are very dumb and one dimensional but are also very funny and charming because of how dumb they can get.

The way you progress though this game is by picking dialogue options that'll have your character respond to the other person. You typically get three options and not all of them will progress you through the game as if you say the wrong thing, you get a game over screen. After I found the right path to beating this game, I explored the rest of the paths to see what would happen. What I got by doing this is a lot of awkward moments and bad endings that were all very fun to see. Sadly, the bad endings outweigh the good ending by a lot and I enjoyed the bad endings much better than the good one. The good ending is actually one of the reasons that made me not enjoy this as much as I should, the reason why is due to it being a total slap to the face of the player as it goes for a shocking nonsense ending that completely ruins the game and mood. 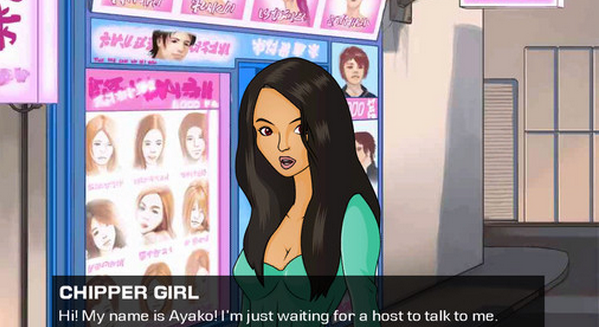 Other problems I have with this game is that the game is really short and can be beat one-hundred percent in thirty minutes. Another problem is that the game ends very abruptly and comes off like the developer was rushing to get this project done. This game should've really been fleshed out more as there was a lot that they could've done and I would've liked to see how far Jason could've gotten in the business.

The biggest problem this game has is the biggest reason why I'm not going to recommend this game. The reason is that this game doesn't work right off the bat due to bad programming. Once you try to open the game, you'll be faced with...  Well, nothing and this is very frustrating, especially to those that have no idea how to actually get this game to work. The way you get this game to work is by right clicking the name of the game in your Steam game library, click on the properties option, click on the view local files option, find the EXE file, then load the game from there. But wait, even if you do try to load it up this way, you'll still find that the game doesn't run, that's because you'll need to right click on the EXE file and then click on the option, run as administrator. Once you've done that then the game will work for you. It is a very tedious process that should not need to happen in the first place. 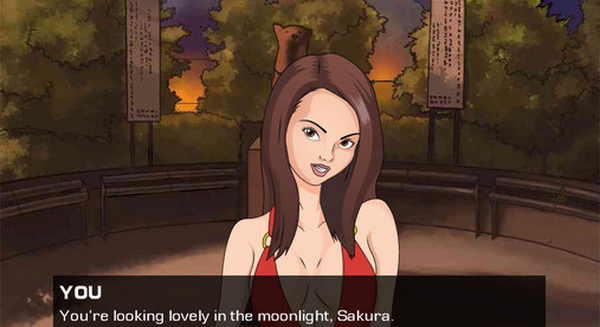 Graphics in this game are not that good looking but it does goes with the comedy and story very well. This game does have some segments that are done in comic book style and I did not care for the look of those scenes as they weren't very interesting to look at. The voice acting is very cheap sounding and the acting is so bad that it is good and you'll find it enjoyable despite how bad it is.  Although, I can't help but to get a little hard every time I hear the lusty voice of Sakura (character from the game, pictured above).  Music in this game is very minimal as you've got a very forgettable generic sounding piano piece at the title menu, also you've got an eight-bit victory tune for when you've correctly complete a scene and it sounded good and gives you a sense of satisfaction.

Overall, I did enjoy this game to an extant but there are too many problems that's stopping me from recommending this game to you. It is such a shame, this game had such potential to be a nice interactive comedy flick. Slightly misses the mark.