"Wrack" is an action packed science fiction themed first person shooting game for the PC.  This game is set in the future where the world is at peace and science has reached it's peak and is at an golden era.  Sadly not everybody is sure that the peace will last as a girl named Starlyn believes that the Earth shouldn't let it's guard down due to peace as they are left open to an attack.  Kain (Starlyn's father and main character of the game) disagrees with her and tells her not to worry but Starlyn would soon be proven right as planet Earth becomes under attack.  Who'd attack Earth at a time like this you say?  Evil lizard men with guns and giant robots that is.  It's not a simple case of crazy invasion for the sake of having a crazy invasion as there is a mastermind behind this attack and that mastermind is an evil cyborg doctor named EXO.  The reasons for EXO's attack is very unclear but rest assure Kain will put a stop to him by kicking ass with a powerful sword that is powered by inner-strength...  And a shotgun full of lead.  It's a warm classic styled FPS in this cold militaristic modern FPS world.  (Click "Read More" to read the full review). 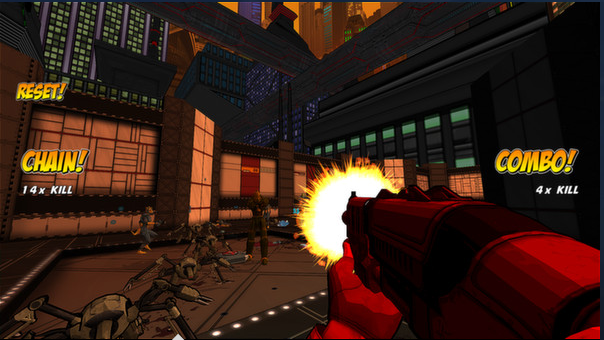 The story in this game is passable as a nice simple story is good enough to warrant the player wrecking havoc with a shotgun.  The story in this game is just told with a simple use of text-boxes filled with uh well...  Text.  I liked the cut-scenes as they got right to the point and didn't drag on at all.  The gameplay in this game isn't anything unique as it's just the same FPS gameplay we have played many times before but that's actually a great thing as it's not a broken system.  This game also doesn't try to be anything dull or realistic like some of the current FPS games but this game aims more to be like the classic FPS games like "Doom 2 (1995)" and "Quake (1996)".  I really like how this is aiming for a classic style as ironically enough it feels fresh and new despite being an old concept.

Not all of this game's concept is old though as it does add something new to the FPS genre and that is a "Combo Meter".  How does that work?  When you kill three or more enemies you will see a counter that has a number that will continue to go up while you are killing creatures within a certain time frame.  The combo meter isn't just there for looks as it also powers up a "Special Meter" to where when it fills up to a certain point you can use an alternate attack with any weapon and that attack will do some crazy damage. 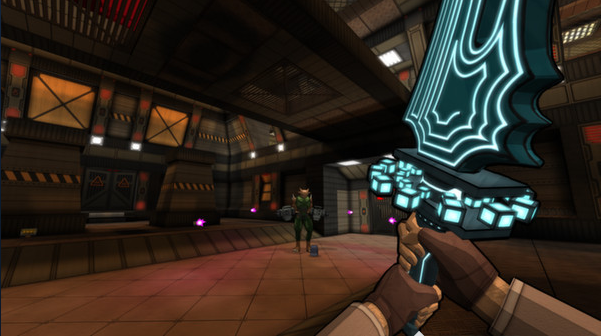 One thing that's great about this game is that you can carry more than two weapons at a time just like the old classic shooters and it feels great as I get to keep all of the good weapons all at once.  Sadly I also have a problem with the weapons as there isn't as much of them as I would like there to be.  Another old school idea that this game has is that you can collect power-ups in the form of spheres that will greatly boost up one of your stats like your strength and defense.  These power-ups will be very useful while in tight situations but they are not easy to gain as they are typically hidden somewhere on each level.  Speaking of hidden, this game has a lot of secrets to be found that contains useful items and big bonus points.  You think you can find them all?

This game is sadly not very long as it only contains nine levels but the difficulty should help make this game feel longer.  The difficulty does range from "easy" to "WHOA I'M GONNA DIE" and I'm not going to lie as it even gets very tough on the most easiest of settings.  This won't stop you though as it is the good kind of challenging to where it makes you more determined to beat the game rather than rage quit the game and go on an Incredible Hulk styled rampage (PLAYER SMAAASSSHH). 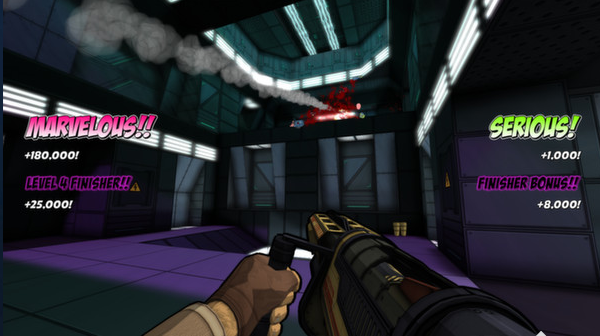 This game also includes two other modes including: Time Attack and Score Attack.  Both modes are self-explanatory as in Time Attack you get to choose any of the nine levels and see if you can beat any of them in record time.  Score Attack is almost the same concept but you just have to gain a high score instead of beating a level with a fast time.  Both modes weren't bad but I didn't find myself playing them much as I'd rather just play though the main game again and you'll mainly be playing this game to unlock a few easy to gain achievements.

This game isn't without it's problems as this game does have a habit of having major framerate drop when a lot of enemies are on screen at once.  Sure that might sound like a hardware problem but no as this problem happens on some powerful computers so I'd hate to imagine someone using a lower end PC trying to run this game.  The framerate drop can get to the point where it interferes with the game greatly as it slows down to where you can't defend yourself and even got to a rare point to where the game would crash altogether. 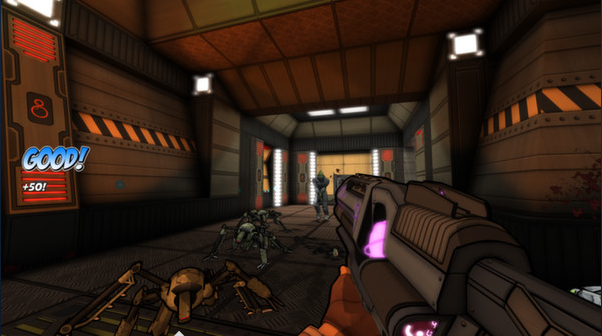 There is a way how you can fix up the framerate issue as there is a mod in the "Steam Workshop" section that fixes this issue.  This mod isn't hard to find at all as it's the first one you see right on the "Wrack" section of your steam game library (as of the time of this review).  While this does the trick I also find it to be a little sad at the same time as this fix should've already been in the game in general.  I also wasn't a fan of the saving feature in this game as you only get auto-save slots and there is no way to manually save your games and that made it a bit frustrating, especially when the auto-save spots save over each other all the time and makes it difficult to pinpoint the save to which level you were on as it might not always be there.

Speaking of mods, this game is very mod friendly and includes a level editor called "WrackEd" (Wrack Editor).  WrackEd isn't too hard to figure out as it is a lot simpler than some of the other level editors found out there on Steam.  As stated in the paragraph above this game has a "Steam Workshop" section, while it is a bit small (as of this review) you'll find that there is some very brilliant mods to be found including some fan made levels and even a fan made expansion pack that is a conversion of the game "The Ultimate Doom (1995)" that's just pure fun to play. 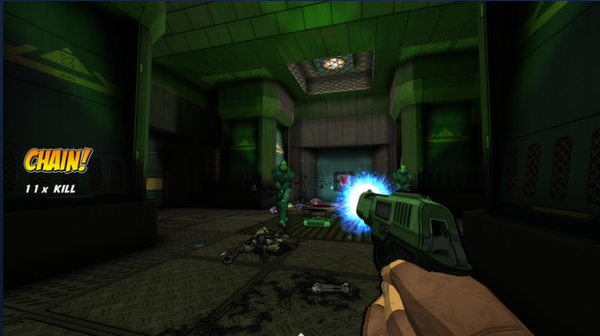 Graphics in this have a cel-shaded look and mechanical/industrial looking level designs that reminded me a little bit of "Quake (1996)".  The level designs also have an atmosphere that feels like that I am caught in a death factory and everything is out to get me and that isn't bad at all as you need that feeling of uneasiness in an FPS game as it helps keep you on your toes.  Character designs are very cartoony looking but also have that hard edge to where they have a bad-ass appeal to them just like that found in the old "Serious Sam (2001)" game from back then.  Sadly the downside to the graphics is that they do look a little dated and could've had a bit more polish but it's also nothing that will annoy you enough to where you'll be throwing out your game away in a fit of rage.

Overall while this game has some hardware issues, I am going to easily recommend you all to check out this game.  This is also a game to where FPS fans from every generation will enjoy as there's something for everyone.  One of the most fun FPS games that I have played in a long time.