On this episode I report live from "Supanova Pop-Culture Expo 2014" that took place in Melbourne earlier this year.  This episode was supposed to come out a few months ago but didn't for two reasons: 1. Internet issues.  2. I've forgotten that I had this episode done.  Enjoy! Download and stream can be found after the jump.  (Click "Read More" to see the full article).

I renamed the soldiers, then go on my second mission. I couldnt change gender or nationality. So chose to named most of the female players after youtubers I like, but havent met yet.

I am playing the "X-Com - Enemy Within" drinking-game. This one is from my own design, the rules are as follows:

The Dungeon of the Mad Dwarf (Session 1)

Three adventurers set out to explore a recently found dungeon, built by a mad dwarf. That dwarf hid his treasure hoard behind many deadly foes and traps. 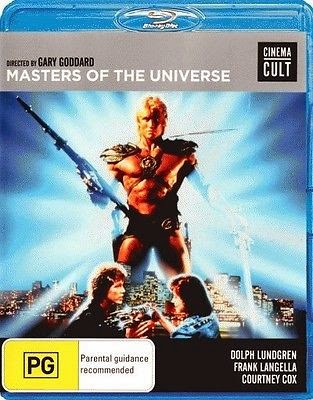 "Masters of the Universe" is not only a sci-fi fantasy action film but it is also a live action adaptation of the "He-Man" series. The film starts off with an epic opening with Evil-Lyn (played by "Meg Foster") looking out of Skeletor's home base to where Skeletor (played by "Frank Langella") is planning an all-out attack to take over Eternia and he has also kidnapped a Sorceress to help give him the upper-hand. While Skeletor is making his epic speech while projected all across the land we are introduced to the heroes of this film: He-Man (played by Dolph Lundren of "Rocky IV (1985)" fame), Teela (played by "Chelsea Field"), and Man-At-Arms (played by "Jon Cypher"). While on their way to battle Skeletor they rescue a little goblin-esk creature named Gwildor (played by "Billy Barty"). Turns out the reason why Skeletor is after Gwildor is because of one of Gwildor's inventions that can create a portal that can travel to any planet in any galaxy but Skeletor took one of the two models that he had made. Shortly after we have our heroes travel to battle Skeletor in an epic fight only to find themselves in trouble and the way they get out of it is that they used Gwildor's device to get out of there. The planet our heroes end up on is one that is one that we are all very familiar with and that planet is Earth. We then cut to a burger joint to where we are introduced to yet another hero named Julia Winston (played by "Courteney Cox" (of "Friends (1994 - 2004) fame). Julia is fed up with her life in the town that she lives in and wants to move away and right before she moves she goes to visit a graveyard to mourn the death of her parents. While at the graveyard her ex-boyfriend finds something near her parents grave and it is none other than Gwildor's device and then all hell breaks loose. (Click "Read More" to read the full review).