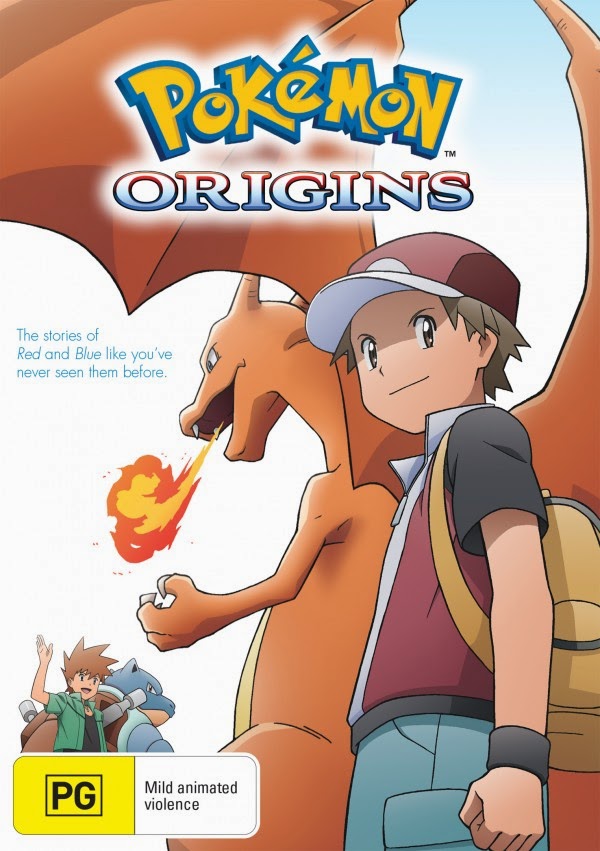 Pokemon: Origins is a special four part animated mini-series based on the highest selling video games: "Pokemon: Red Version (1998)" and "Pokemon: Blue Version (1998)". The story starts off with Professor Oak giving his famous opening speech about the world of Pokemon. Not long after we are introduced to  two Pokemon trainers named Red and Blue. Red is the main hero of this series whos goal is to catch every single Pokemon known to mankind. Blue is the more arrogant one whos goal is to become the strongest trainer that has ever lived. While at Professor Oak's lab Red and Blue are given a task by Professor Oak himself to gather as much information about Pokemon as they can as the good ol' Professor is getting a bit too old to travel. In return Professor Oak offers Red and Blue a Pokemon each to help them on their journey. Red ends up picking Charmander (a little dragon with a flame growing on it's tail) while Blue decides to take advantage and pick a water type pokemon named Squirtle (a little blue turtle). Thus begins the epic journey of Red and Blue but will they be successful and reach their goal? (Click "Read More" to read the full review). 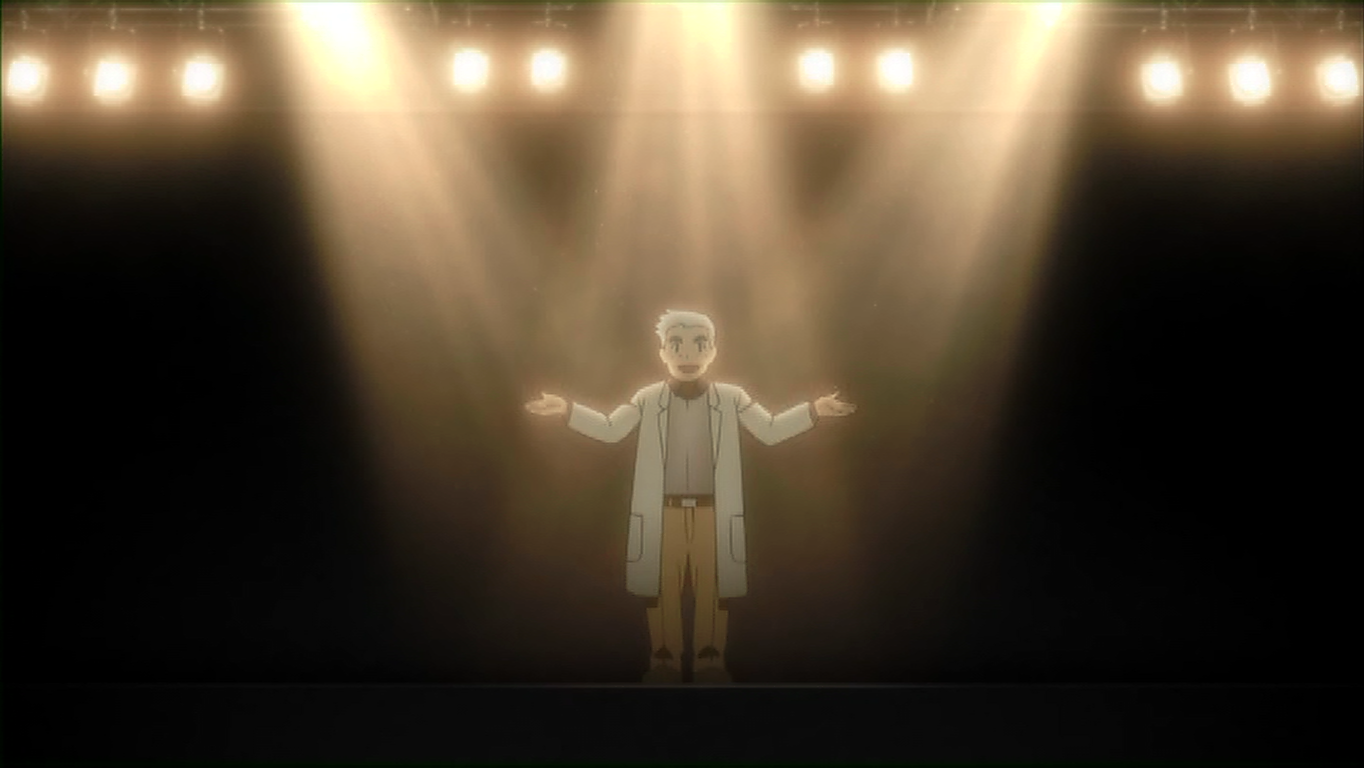 The story in this show is great and is also very faithful to the original video games. They did beef up the show and added some things that wasn't in the game but I can see why as if they followed the game exactly the scenes would only be a few seconds long and it also helped make the show more dramatic. Even though this bares the "Pokemon" name on it I wouldn't say that this series was made for children but more for those who grew up with the original games and it works and will make your nostalgic senses tingle (like Spiderman's cousin Nostalgiaman) although children will enjoy this too. 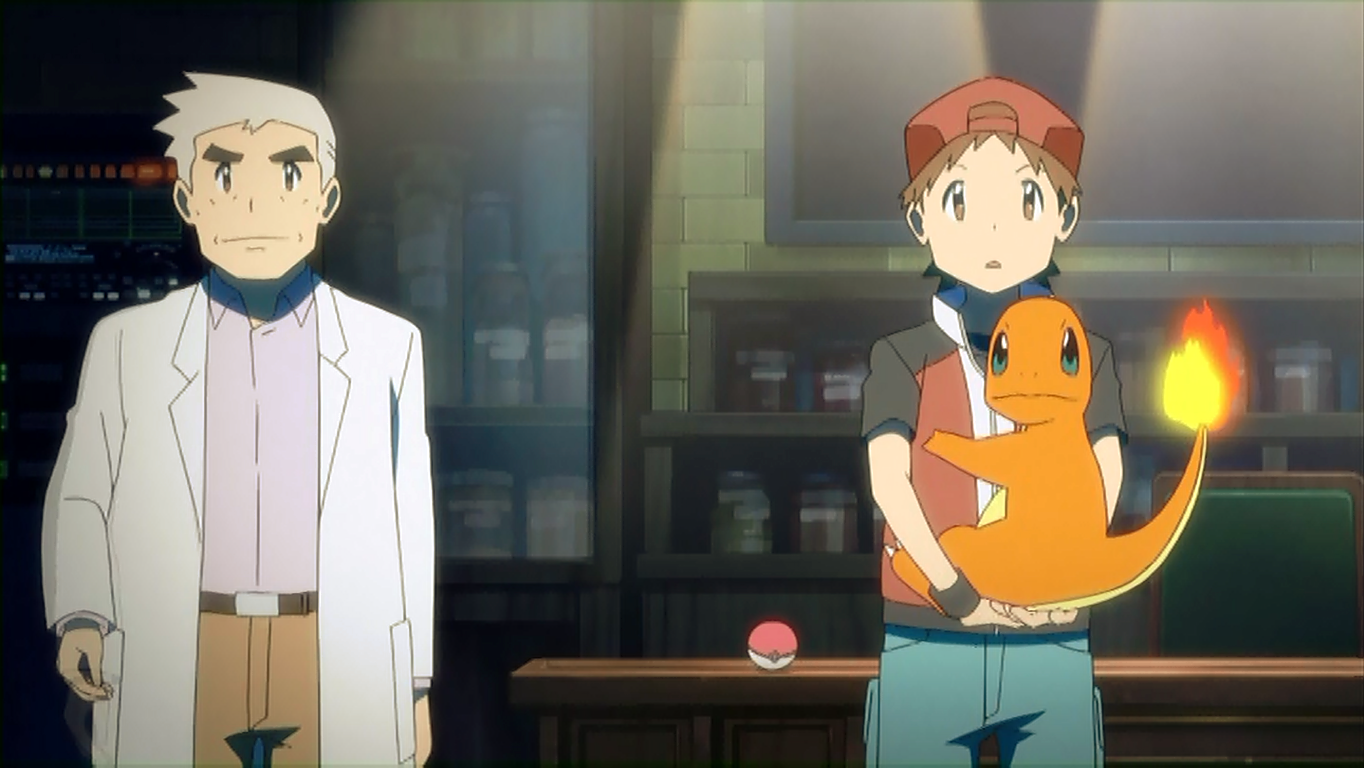 This show is also very down to Earth to where the humans aren't crazy over the top anime characters (even though this is an anime but you know what I mean) but instead they are just like people you'd meet on the streets. The Pokemon themselves are also quite different in this series as they act more animal like rather than magical creatures and I really like that a lot as it feels very refreshing and well done.  Speaking of characters I found them all to be quite charming and well done and it was also really nice to see Team Rocket and the gym leaders done just like they were in the video games (and the rest of the characters for that matter). 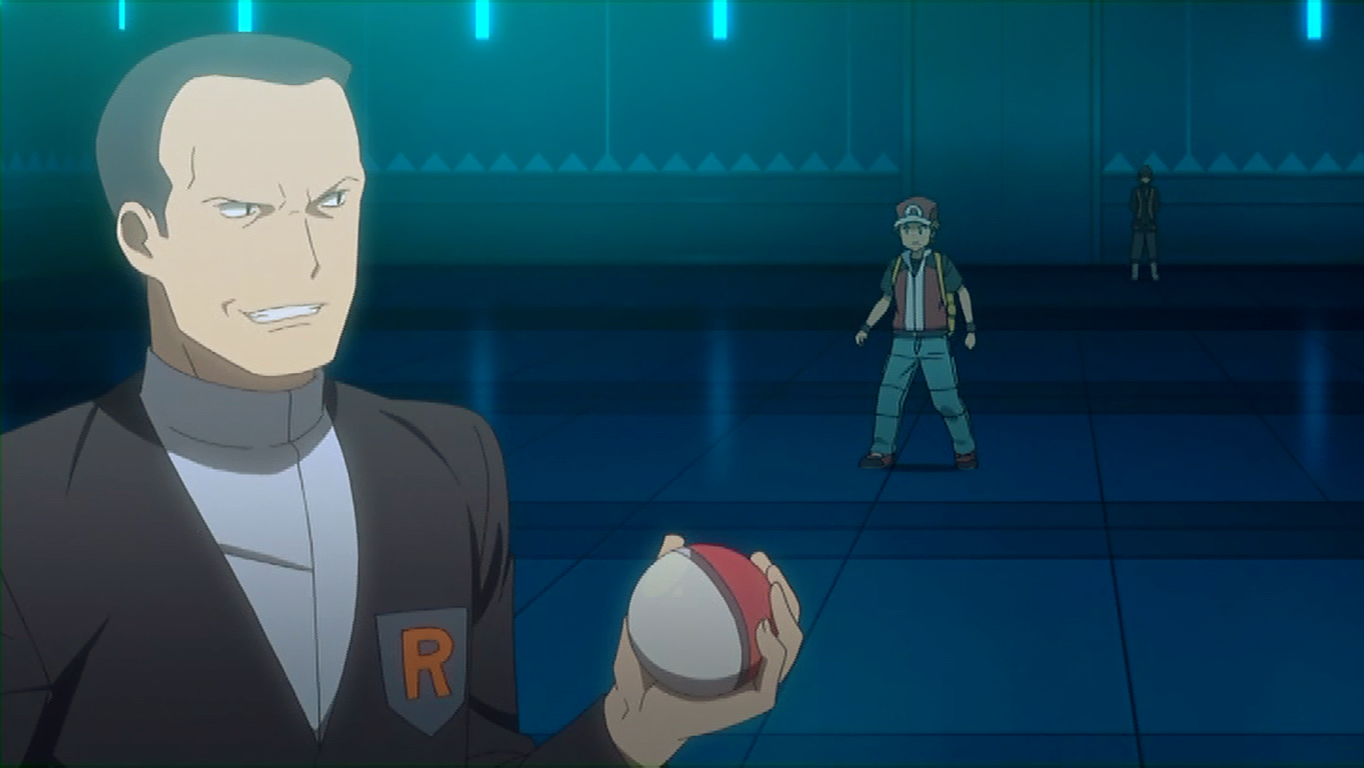 This series is also a tad bit more violent than what you may have seen in the main Pokemon anime although it's nothing too hardcore but if you watched the main Pokemon anime you will notice. One thing I didn't like about this series was the ending as it felt cheap as it was essentially an advertisement for "Pokemon X (2013)" and "Pokemon Y (2013)". I know that might sound like cheap whining but I'd rather that they kept this series pure with nothing from any of the other versions included until the time has come to make a series about those games. 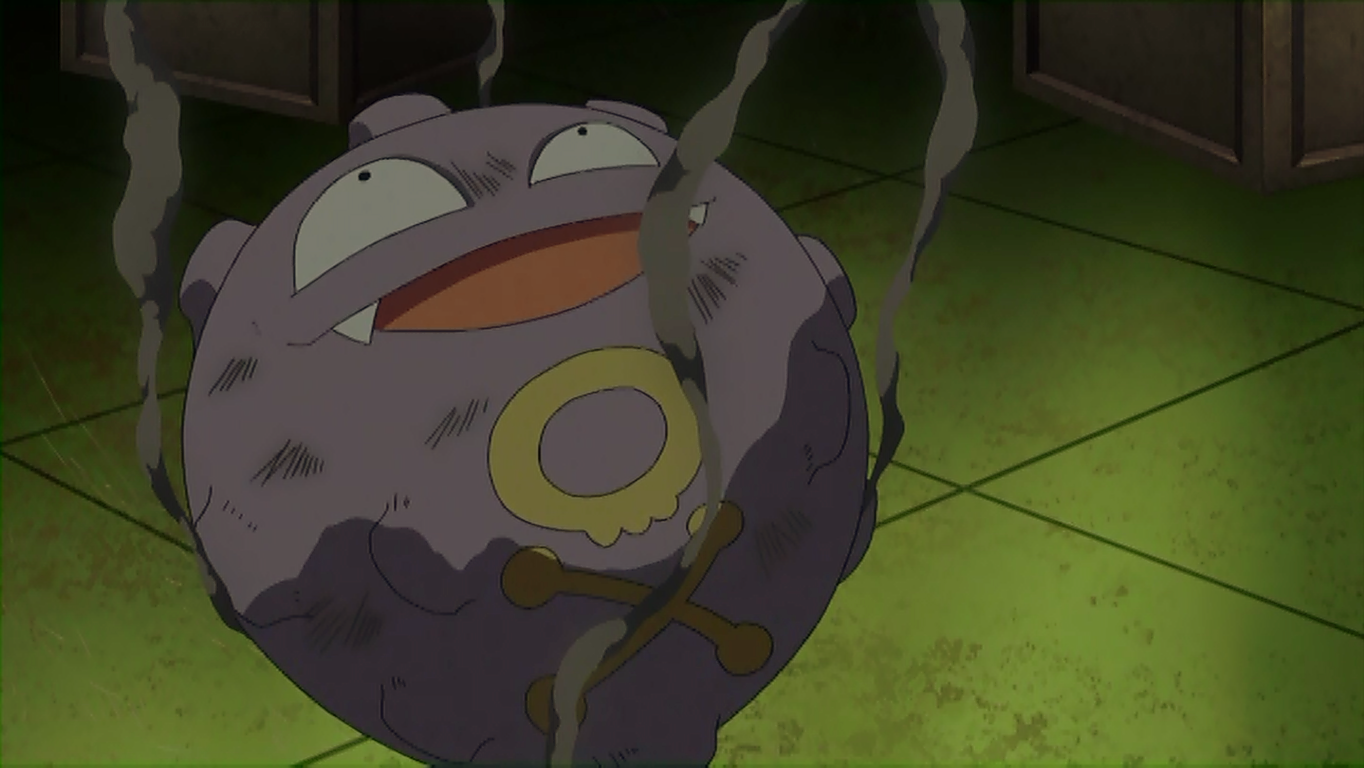 Artwork in this series is really good and has a more of a mature look than what you would typically see in the Pokemon series. The characters in this look just like what they did in the video game manuals and from the Game Boy Advance remakes: "Pokemon: Fire Red (2004) and "Pokemon: Leaf Green (2004)". Backgrounds in this series look great with some very nice detailing and it also really captures the original spirit of the games perfectly. The one thing I found interesting about the backgrounds is that they left everything un-translated so you will see all the Pokedex entries and signs in Japanese. This doesn't bother me one bit at all as I liked that but I'm guessing why it was left as is was because that they didn't need to worry about aiming this mini-series towards children. The Pokemon in this series look just like what you would see in the other animated Pokemon series but I do love how they animated them in this one as they've made them more animal like that feels much more faithful to the video game series. 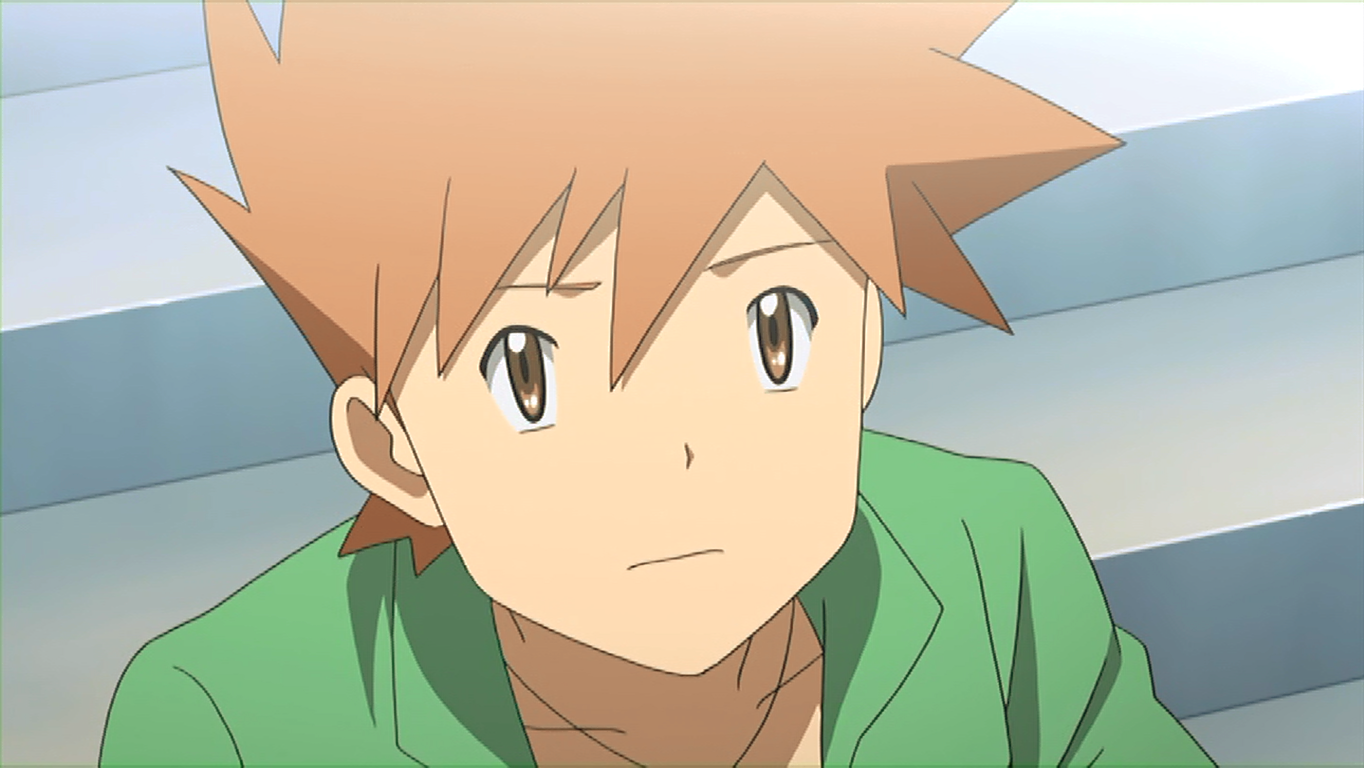 Animation in general is pretty good although you will get the occasional rough spot. The English dub in this show is really good with a much more mature and serious sound that works with all of the characters and another thing I like about it is that the actors put a really nice job into it to where it feels like they put time and effort into the dub and doesn't feel rushed at all. Soundtrack in this show is just re-recordings of the music found in the video games and it sounds very good and helps with the atmosphere of the show. One thing that I wished that was on this DVD was special features as it would've worked really well on this set like interviews or a commentary track but nope it is a bare bones release.

Overall this was a really good series and I recommend all who grew up with the games or for those who wanted a "proper" anime based on Pokemon. This special series is the best thing to happen to Pokemon since the release of "Pokemon: Gold Version (2000)" and "Pokemon: Silver Version (2000)"... Although "Pokemon X (2013)" and "Pokemon Y (2013)" was also pretty damn good for the Pokemon series and is worth buying if you own a Nintendo 3DS (but let's get back on topic).  This special was a really great watch that is worth your time.