Here are some things I bought recently (and also didn't buy.) I thought posting some cell phone pics might be a bit easier for me than making a video. Anyway, on with the pick ups! 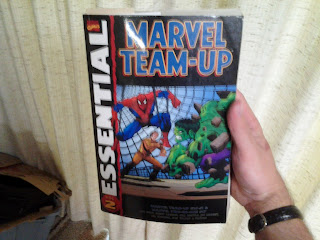 Here we have The Essential Marcel Team-Up #2. This was 5 bucks which for any Marvel Essential is awesome! I have read the first few comics that are included. It seems like each one is its own independent filler story as opposed to a chained, multi-issue story arc. I think it should be noted that every team up in this issue features Spiderman accept one. The second issue in the book features The Human Torch and Daredevil which was an amazing comic! 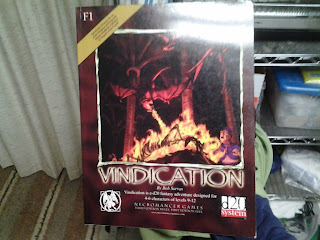 Next, we come to D20 Vindication. This is a single, published adventure for Dungeons & Dragons 3/3.5. (This is open gaming licence of course.) It's designed for 4-6 characters level 9-12. This thing is a bear. Were talking about 100+ pages of a single adventure module. Actually, since Darabka has been talking about being tired of DMing, I might run a game with a few people. Everyone could make characters which start at level 9 and this module would be the entire campaign. I bet I could do it. In any case, this book will make an interesting read. Oh, and this thing was 5 bucks. Not too bad. 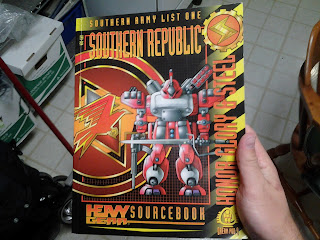 This book, um. I'm not exactly sure. It was 3 bucks. It's from a tabletop game called "Heavy Gear". Based on a little searching, Heavy Gear is miniatures based war game. I would love to play one of those one day, but they are characteristically really expensive. Not sure what I'm going to do with this. I'll do some more searching to figure out about the series before I make up my mind. 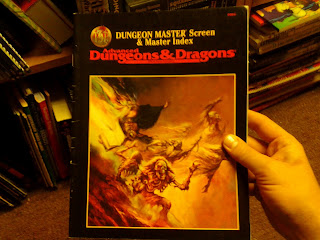 Okay, I didn't actually buy this one. (Note the picture is taken inside the bookstore.) But I wanted to show this thing because the store wanted 40 bucks for it. WHAA??? You can pick this item up on eBay for about 7.50 shipped. I don't know what in God's name the store owner was thinking when they priced this thing. 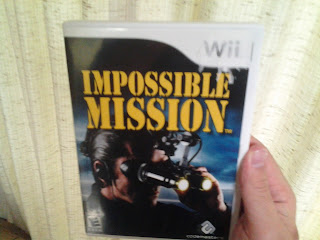 Okay this one I did buy. I got this little game for 3.50 today, and apparently it's a straight port of the C64 game. The reverse side shows the tagline "Stay awhile, Stay forever" as heard from the original game and also from the beginning of the beast cast. In the name of the Death Mug of Doom, I had to own it.